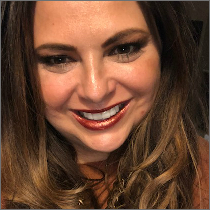 Capital Development:
At University of Missouri-St. Louis exceeded the capital campaign goal of $25M; at YMCA of Middle Tennessee, Downtown Y exceeded its $10M goal to renovate and expand its facility

Other: Has served as a National Y trainer in areas of financial development; served on the board of AFP-Nashville Chapter; past and current presenter at NAYDO Conferences. Gateway Region YMCA is a 2021 Eagle Award for Excellence in Fundraising recipient.
<BACK